UFPB has campuses in four cities located in different parts of the State of Paraíba. UFPB campuses and their respective Centers (total of 16) are listed below: 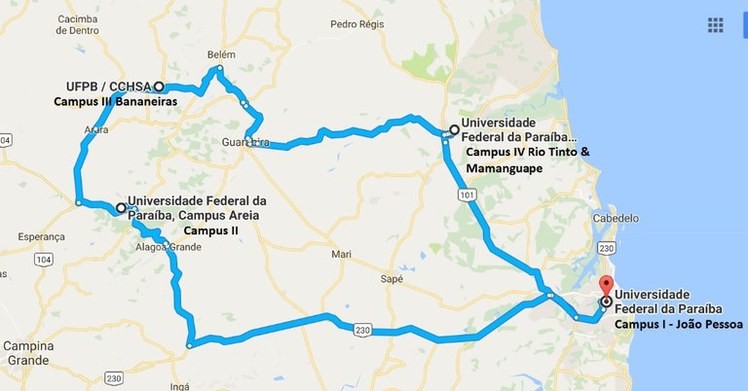 The following programs are offered only outside João Pessoa:

Attention to the following programs: they are offered both as Licenciatura and Bacharelado, and may be offered at different campuses:

To get to know all the programs and courses available, click here. But first, for instructions on how to search correctly, click here.